You know.......Nashville has its Country Stars, Detroit had Motown, London had the Beatles, and Haywood County, North Carolina has Balsam Range! 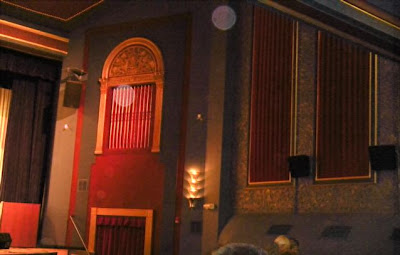 The Colonial Theater in tiny downtown Canton, NC is a restored beauty. Unfortunately, my picture isn't good so it can only hint at how lovely this small theater is......guessing only about 300 seats.....not a bad one in the place. 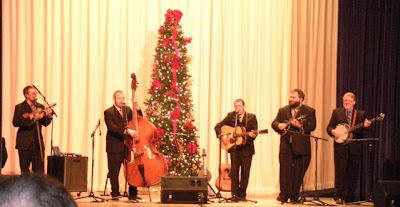 Balsam Range is a local bluegrass group with national and now international recognition. If you have satellite radio.......you can catch their tunes often on the Blue Grass channel. Marc Pruett (far right playing the banjo) is a Grammy award winner. This group is destined for fame! 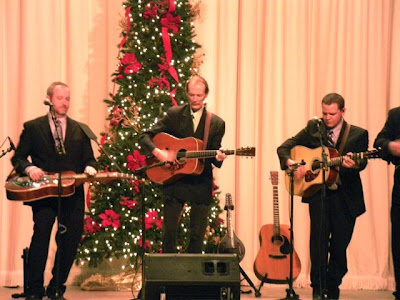 We had a very special night in this intimate setting with Balsam Range and two other very famous musicians. Tony Rice, (center) has a long, long, long list of accomplishments and always keeps the audiences spell bound as he so seemingly and effortlessly plays his guitar. He lives somewhere in Eastern NC but travels the world to play his music. Bobby Hicks, (left) is from the Marshall, NC area. He too is world famous and had this crowd hooting and hollering as he made his fiddle sing. 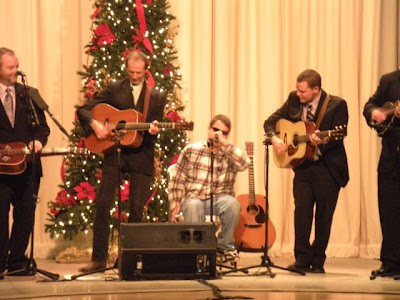 Bobbie was recently introduced to this young man (seated) whose singing gave ya goose bumps. He's enrolled in the Bluegrass BA program at Tennessee State in Johnson City, TN (The only such program in the country.) 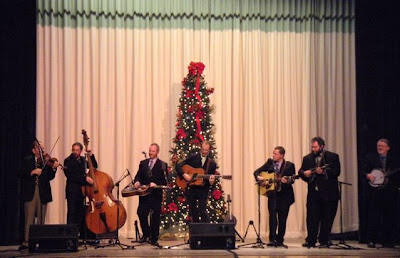 We are so fortunate to have such fabulous talent in our area who take the time out of their busy schedules to (as they say).....give back to the local community by presenting such a fabulous concert.......with two of their own favorite industry giants. I'm sure due to the size of the audience and the ticket price......they didn't even make enough to pay their gas....... If you are a bluegrass fan......visit the Balsam Range website and treat yourself to their newest CD.....'Trains I Missed'. It's their very best ever!
Posted by The Inside Stori at 8:21 AM