Many of the galleries in towns here in Western North Carolina have adapted a great way to get customers into their shops.  It's often called, Art After Dark.  So, with friends, we headed to Sylva, about 45 mins. west of where we live for dinner and some exploring. 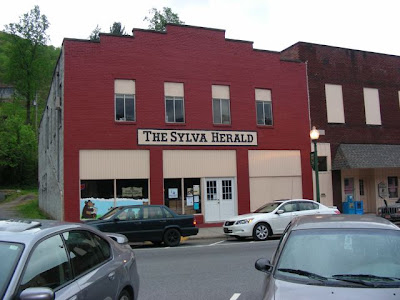 The latin root of "Sylva" implies abundant forests.  This town has been largely tied to the forests of the southern Appalachians by the companies who came to log them and to the railroads they built.  It's a small charming town, built into the mountains.....dating back to before 1880, when the town was officially named.  It boasts of the largest paper recycling plant in North Carolina. 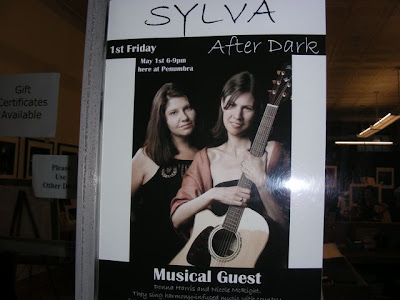 We stopped in at Penumbra, a fine art photography gallery and working studio where the musical entertainment consisted of 1 guitar and two fabulous females voices! 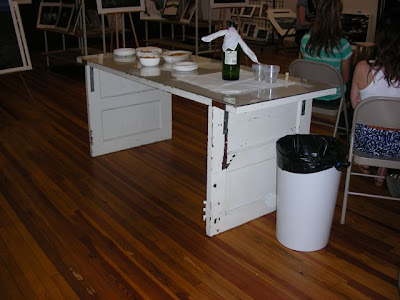 I took this photo....not for the wine and snacks....but because I like the display table made from old doors. 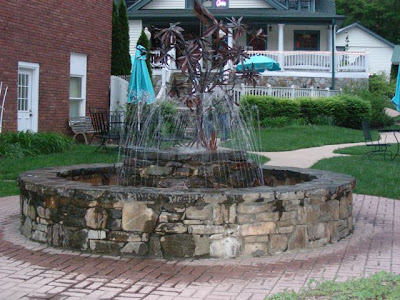 We dined at 553 West Main.  Delicious.....  Too often I find the food in this region overcooked and lacking in flavor.....but that wasn't the case at this delightful restaurant located in an old home which is entered via a lovely courtyard, set back off the street. 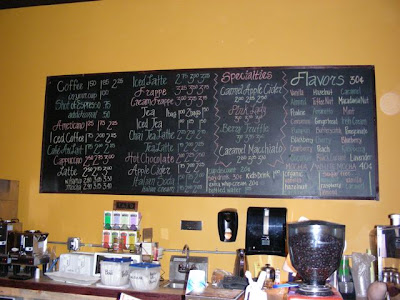 As we strolled Main Street, visiting other open shops, we stopped at a coffee shop for an evening latte and more music.  I'll be keeping my eye on the calendar in the hopes of visiting other area Gallery Walks in the coming months.
Posted by The Inside Stori at 8:07 AM