"The husband" is and always has been a car fanatic....actually he's passionate about anything with an engine and wheels.  So...off we went for a short trek to Raleigh, NC to visit a highly touted exhibit. 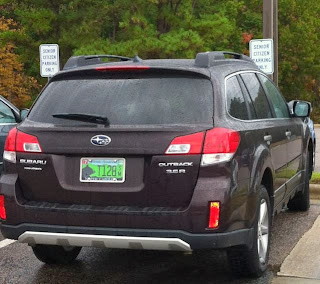 The first thing we noticed as we entered the parking lot were these 'special' parking places. All too often we've gazed in wonder at the ever growing category of itemized parking spots.....and now....wow....we finally qualify for one!  (if you can't read it, click on the photo to enlarge.) 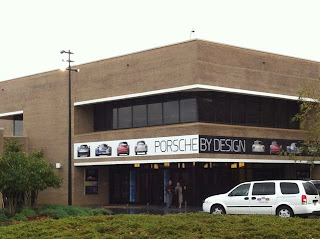 Once parked, we headed to the special exhibit hall of the North Carolina Museum of Art where "Porsche By Design" was on display.

As one entered these hollowed grounds (yes, some felt that way)....there were signs posted:  Please do not touch the cars.....and then this:  Photography Encouraged. What a generous gift to visitors considering the exhibit catalog price was $50.00.  However, it was a thick, info and photo filled hard cover book.

It's okay if you wish to stop reading now.....but you might learn some useless info for the next trivia game you play. 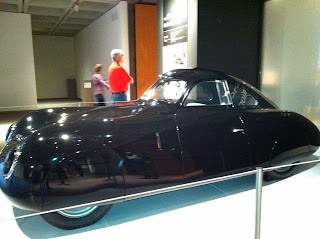 This is one of the very first Porsche's.  In 1951, curator Arthur Drexler of the Museum of Modern Art wrote, " automobiles can be considered hollow, rolling sculpture."  This may be one of the finest examples. 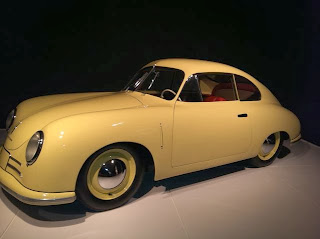 This model is a 356.....a style I love but one that has been retired for many years. 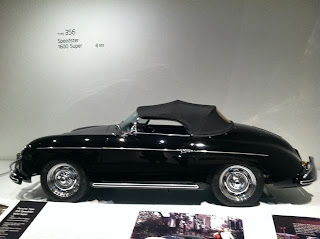 We've seen many of the cars on display at other venues, but there were several we've never laid eyes on.  This was one.....and it was owned by Steve McQueen. 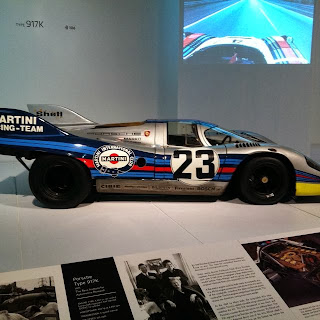 He got the Porsche bug in part due to his starring role in the movie "LeMans".  He plays racer Michael Delaney who muses: " When you're racing, it (meaning the above car).....it's life. Anything that happens before or after....is just waiting." 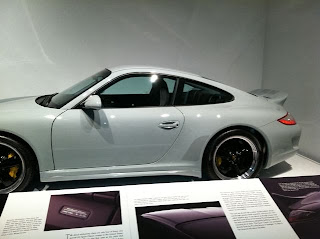 This is a VERY rare model 911, there are only 4 of these special coupes in the US.  Two were imported by famous and wealthy IT moguls.  Because no crash tests had ever been done on these priceless cars, they were not deemed to be 'street legal".  Therefore, they spent untold amounts of money trying to get them okayed. Obviously, no one wanted to actually crash one.....as far as 'the husband' recalls....they never did get them passed. 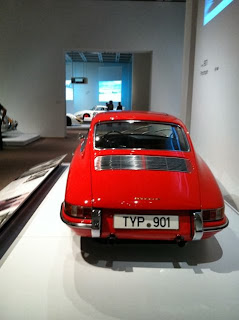 This is another one of my favorites....I love the lines of this older 911 model. 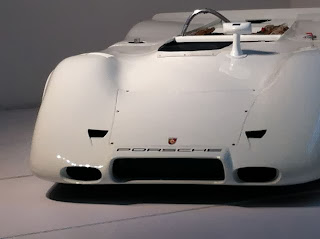 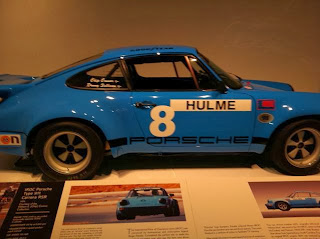 Race drivers are a a special breed.....very competitive and fearless. Roger Penske (a well known name in motorsports and business) conceived of an idea to prove who was really the best.  The International Race of Champions series was born (IROC).  It was an all-star event featuring the top drivers of the day, competing in virtually identical cars. This 1973 Porsche Type 911 Carrera RSR was chosen for the task. 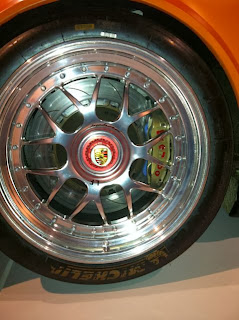 No design detail of a Porsche is overlooked.  Notice the "Porsche" crest on the wheel, see how the bottom point of it is pointing to the air valve on the wheel.  No self-respecting Porsche owner would have their tires mounted in any other way! 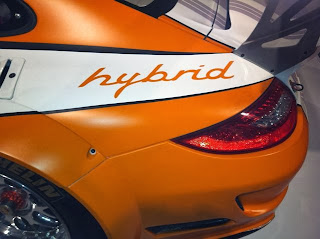 Of course, Porsche is all about performance. Despite the objections of many, Porsche is now experimenting with hybrids.  And so it goes....faster and faster, evolving designs and new technology. 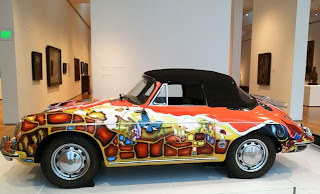 Are you still with me???  Well...if you are....perhaps you might want to take a guess at who owned this Porsche? 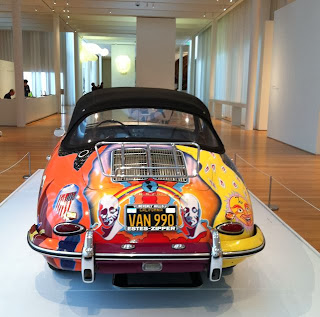 Trivia:  As a favor to the owner, Dave Richards of "Big Brother and The Holding Company" painted it.  Even if you don't recognize the era by the painting style, you might if you know that "Big Brother" was a band.  So....who owned this car???

Now, my flitting about has ended for awhile and I expect to get back to fiber related blogs asap.

Posted by The Inside Stori at 7:30 AM

Loved the SF and office tour, the Porsche's were pretty good too! The only place I've seen Senior Citizen parking is at Walmart.

How cool...isn't it great we get to learn so much by visiting blogs! You are a wealth of info, my friend! And the parking sign is a hoot! Should be more of them around!