There were many highlights to our retreat, but this one definitely stands out.  Thanks to Barbara's brilliant suggestion......each of us brought a photo of ourselves as a baby and another in our teens. 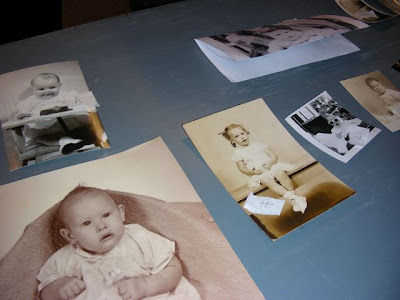 First, all the baby photos were arranged on a table and given a reference letter.  Each of us were to guess who the pictures were.  I only guessed 2 right....my own and 1 other....this was HARD. It was made even more difficult by rascals who put in more than one photo of themselves, and one of the 3 members who couldn't attend had somehow snuck her photos in.  We became detectives....looking at the backgrounds and clothing to help determine the time period. 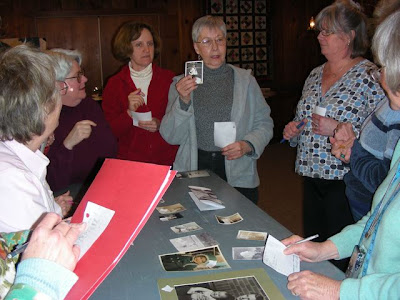 Once everyone had written down their choices.....Linda Cantrell became moderator...holding up a photo and everyone announced their guesses.  Then the real person revealed herself.  I can't tell you how much fun this was.....even if Mary B. put 5 baby pictures of herself to throw us all off!! 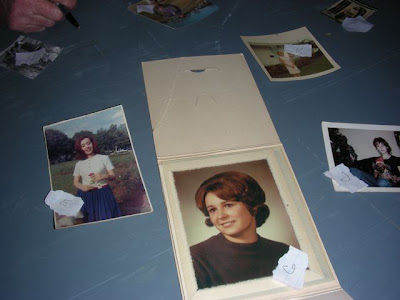 Next, we switched to teen photos....this was easier.  I got them all correct, but must admit some were lucky guesses.  My high school graduation photo is in the center, dig the hair style!! 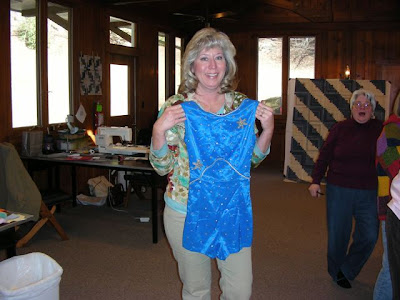 Connie even brought her high school majorette costume that she had made and beaded.... 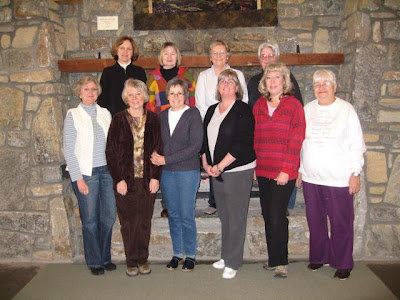 Official 2009 PTA Retreat photo.......Linda left a bit early due to a sore throat that she later learned was strep.....so we will photoshop her picture in!
Posted by The Inside Stori at 8:06 AM

What a fun idea.
I have found that so many of us as we "mature" have hair styles similar to what we wore in high school and far as length and basic style. OK - the color may have changed!
Did you find this to be true?
K

Mary replies......gosh, I didn't notice much similarity in hairstyles...interesting concept though.