For the last 10 years 'the husband' has dragged me to Daytona, FL in January to attend the Rolex 24 hour car race.  YES....you read right.....crazy teams of 3 or 4 drivers and a host of support help compete in this race. I couldn't venture to guess the cost of having a car participate in this event....except to say....moola bucks! 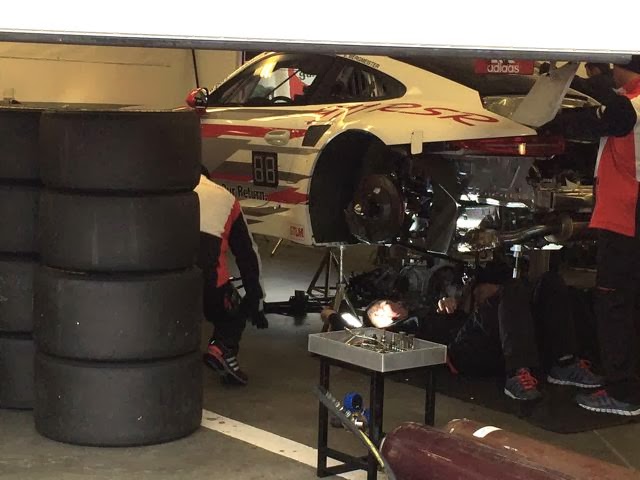 Our favorite manufacturer is back this year with 2 entries....here in the garage, it often looks like a surgery suite, with tools and doctors working on their patient! (They mess around qualifying and testing the cars for several days before the actual race.) 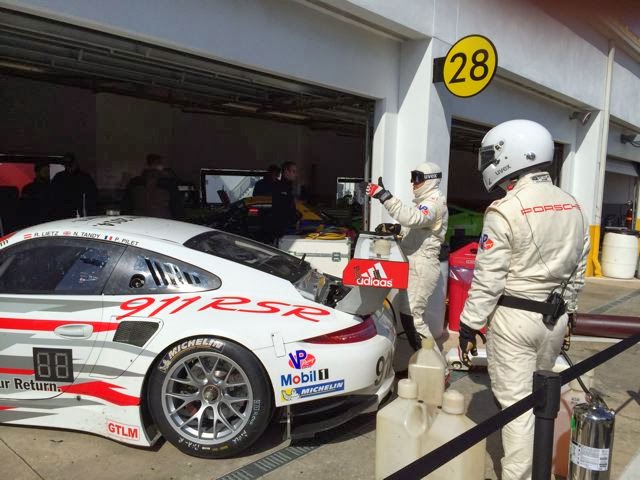 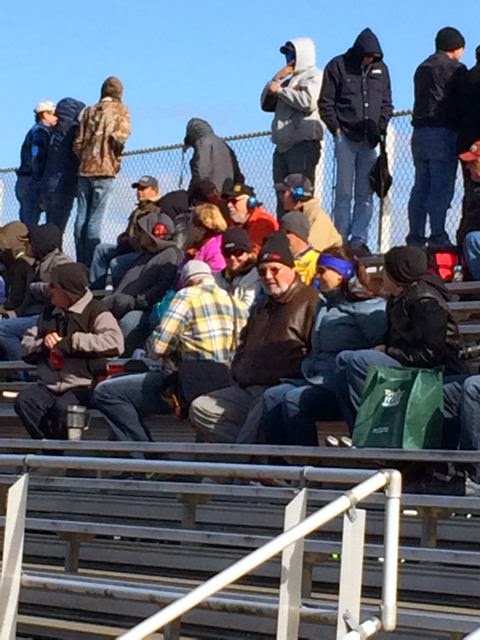 The whole country seems to be in a deep freeze and FL was no exception. Everyone was bundled up.  Me included....seriously the first day I wore 4 layers, plus gloves, and a hat! 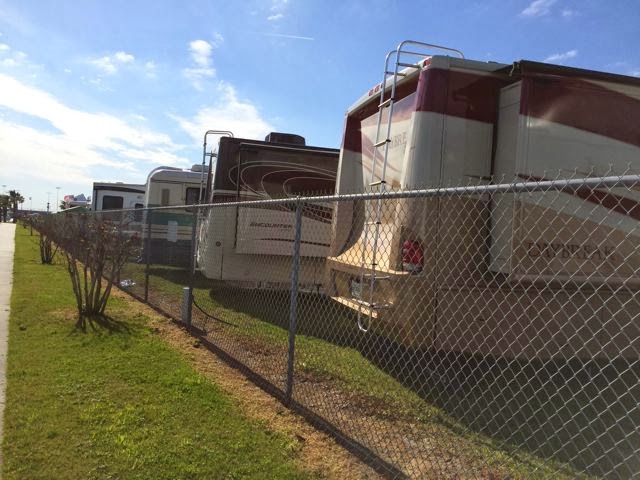 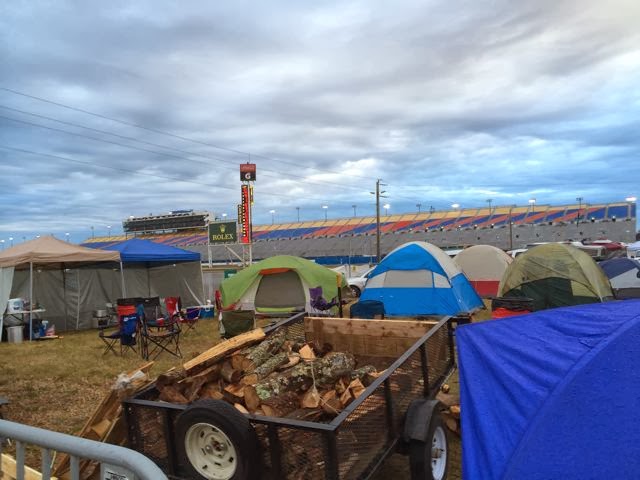 ....but this was how mere mortals camped....I've never seen it so crowded, tents were often only inches apart.  We, on the other hand wisely stay in a hotel!! 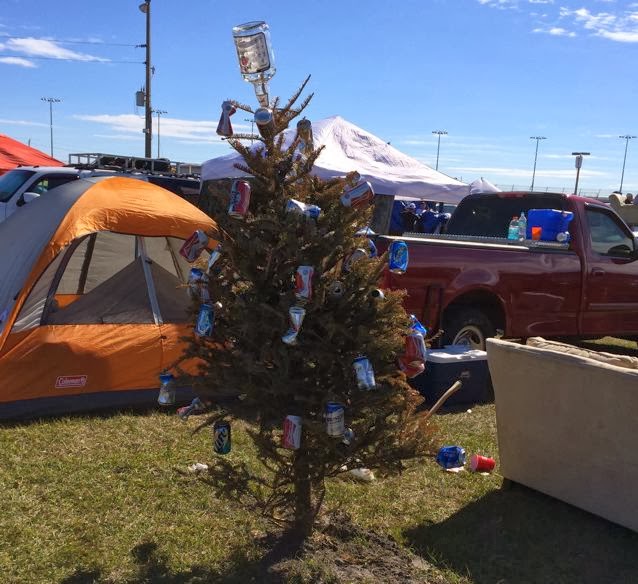 Some brought their couches to relax and enjoy a brew......this 'decorated' tree photo was taken on the 2nd day we attended....the day the race began. It wasn't so well balanced the day after! 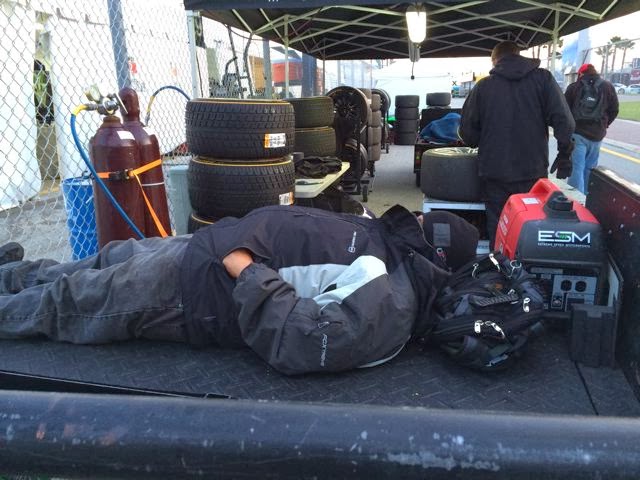 Here's a crew member taking in a few zz's about 15 hours into the race. 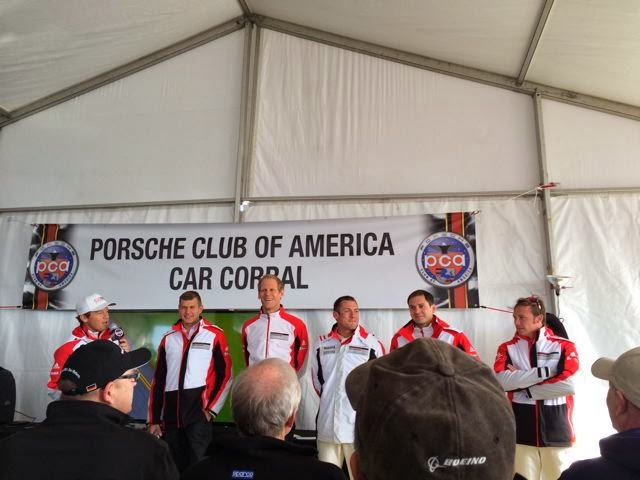 ....AND HERE'S OUR WINNING TEAM.....The 3 drivers on the left in the 911 car won 1st place in their class on their first race.  Yeah!!!  We were lucky to hear their strategies when they made a pre-race appearance at the PCA hospitality tent where we hang out.  2 cars = 6 drivers from 6 different countries!  The 2nd car had a mechanical issue and didn't finish the race.  This isn't unusual, 67 cars started and only two thirds might finish.

Unfortunately, there was a very bad crash involving 2 cars just as the sun was setting, (average speed is something like 170 mph) both drivers were badly injured but miraculously survived.

Final report....Dr. McDreamy's (Patrick Dempsy of Grey's Anatomy) - another Porsche sponsored car, finished 22nd in his class.  They too had mechanical issues and some driver error problems too.   Yes, he's as cute in person as on TV....but quite the little shrimp.
Posted by The Inside Stori at 7:00 AM